BootBarn is the largest seller of western boots, hats, and work attire in the United States. Offering thousands of products and processing millions of orders each year, the company operates more than 350 brick-and-mortar stores and two online stores. It also sells products on Amazon and eBay.
‍
BootBarn’s success is founded on state-of-the-art technology. The company’s IT and eCommerce divisions develop and operate software systems that automate all areas of the business and perform most of the mission-critical tasks. 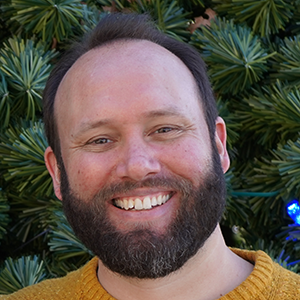 The Enterprise Innovation Consulting team has always been extremely responsive and willing to go the extra mile–even if that extra mile is really two miles.

Director of Development and Integrations
njimenez@bootbarn.com

Historically, BootBarn focused on selling its products in brick-and-mortar stores. However, in 2016, the company acquired Sheplers, its main competitor. Sheplers had fewer physical stores but was known for its well-designed, and profitable, online stores.

During the acquisition, it became apparent that BootBarn’s and Sheplers’ internal business systems would have to be integrated since they operated on different software platforms. But according to Nick Jimenez, Director of Development and Integrations at BootBarn, “To support the online stores and operate our internal business, we had to do more than integrate our systems. Without a scalable system with a flexible architecture, we would’ve needed to rely on third-party vendors instead of being the captain of our own ship. This would’ve led to higher costs to implement new features on our online stores and projects that would’ve taken much longer to complete.”
‍
The systems integration project began in February 2016 with completion expected in October of the same year. Per Nick, though, the project was more than just an integration. The goal was to create a platform to support BootBarn’s growing customer base and provide a robust technical solution for improving its customers’ online and in-store experience. This would be accomplished by integrating several key business systems, including ERP, warehouse and order management, vendor consolidation, product catalog, online platforms, and others. The primary focus was on synchronizing products, fulfilling orders, and processing returns.
‍
BootBarn’s internal IT team decided not to use integration platforms that were standard for projects due to their high cost and limited functionality. Instead, they chose to develop everything from the ground up using choreographic microservices architecture based on Microsoft Service Fabric and Azure cloud. However, the team didn’t have experience developing such complex systems.
‍
“What we needed was help with creating a solution that was well-documented, secure, easy to extend functionality, and scalable for our ever-growing demands,” said Nick. “Enterprise Innovation Consulting’s professionalism, experience, and dedication to our success made them an easy choice to be our partner on this project.”

BootBarn was working on a tight timeline when they brought Enterprise Innovation Consulting (EIC) into the project. A quick analysis revealed two major issues. One, there were no formal requirements or clearly defined architecture. Two, the developed code didn’t accomplish the company’s objectives. The good news was that no legacy systems needed to be carried forward.
‍
Version OneEIC’s task was to introduce microservices and DevOps, adopt Microsoft Service Fabric and Azure Cloud, and establish development practices in parallel with delivering complex integration in record time.
‍
The first week involved requirements analysis and architecture definition. After that, the EIC team established microservices practices and developed integration platforms using choreographic event-driven microservices. The BootBarn team handled DevOps automation and the implementation of system-specific adapters. After intensive, non-stop work, the first version of the systems integration was released on time in October 2016.
‍
Version TwoWork on the second version of the systems integration started immediately. The initial implementation, created under tremendous pressure, was completely rewritten. Additionally, the EIC team implemented a web-based portal that allowed BootBarn employees to monitor and manage running integration processes.
‍
Then, after automated non-functional tests discovered significant issues with scalability and performance, the EIC team reimplemented the persistence to handle millions of transactions per day. The second version was completed and successfully launched in February 2017 and operated without major issues for more than a year.
‍
Ongoing PartnershipIn 2018, BootBarn brought EIC back to help because of selected Service Fabric platform stability issues. Also, delivery practices and persistent storage needed improvements.
‍
To resolve these issues, the EIC team proposed switching technologies to Docker, Kubernetes, and MongoDB. The team also recommended using Pip.Services toolkit as the implementation platform. In the new project, EIC helped to improve microservice architecture, automate delivery practices, introduce new development practices, and reimplement the systems integration.
‍
Throughout the following three years, the system went into incremental evolution and was extended multiple times. Currently, the system is at the cutting edge of technologies, is stable, and handles all required loads while constantly expanding functionality.

The outcome and benefits for the company

The delivery and operational process are fully automated.

The integrated system is future-proof.